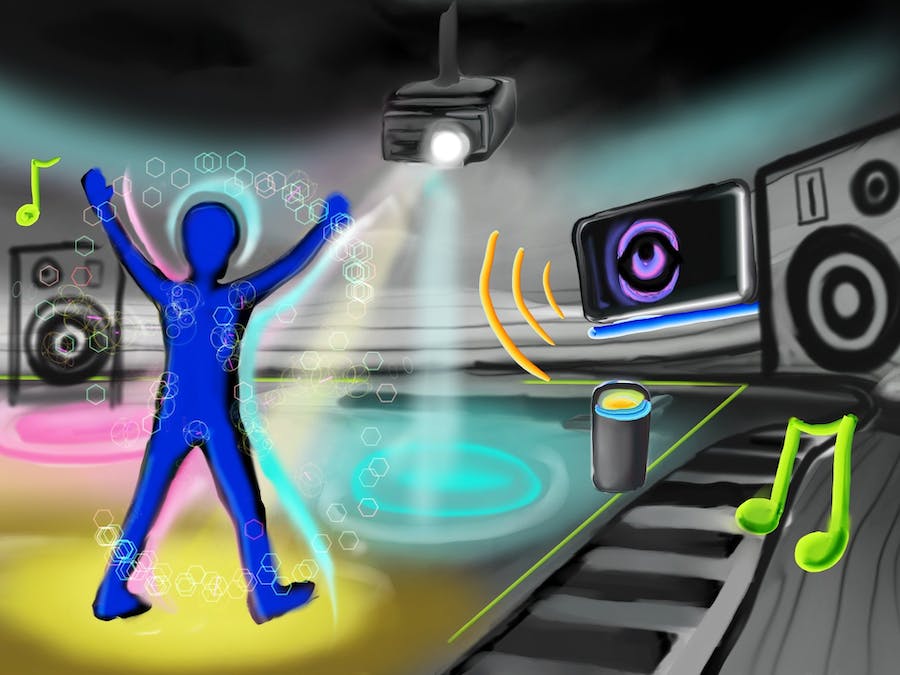 I enjoyed the fun of prancing on giant tap dance piano pad and Dance Dance Revolution where you control music with your feet. Imagine the ability to create various sounds with your body motion and seeing colors and pattern projected on you and your surroundings.

I'll show how you can create interactive visual musical canvas. Using Walabot for body movement tracking and Amazon Echo for voice interface to control settings. WIndows PC outputs to a giant display or overhead projector to create sound, color, and shapes that responds to player’s position. It's like having a variable size track pad - configurable from size of a book to a large living room.

As player moves around the area, arpeggio chord with ascending and descending tone based on scale mode will sound. Along with projected cyan and deep blue circles and lines.

Trigger zone will recall presets when player move into the area

Walabot is a radar imaging sensor that can track movement. It connects to PC via usb port. I installed the SDK and experimented with setting the resolution and range using the sample program. Running Python API for motion tracking to get the x, y coordinates of the player in rectangular movement area. Position the Walabot horizontally with antennae array facing toward the player.

Game Engine used to power animated graphics and sound in this project. I used following library and plugins.

I used CSharp Synth For Unity Library to create various sound. You can program using notes based on Midi protocol. It can load sound fonts for variety of instruments. Also it can play Midi files. I implemented following :

Raw coordinates are passed through the hub and relay to the Unity 3d to control the cursor. Depending on software implementation, This can allow multiple clients to use and adapt raw data of Walabot for it's specific applications.

Here are configuration and steps I used for my setup using Windows 10 environment. The

Packaged DEMO file in a zip folder is available for tryout at end of the page.

Unzip and click on VisualSynth.exe to start the GUI.

You can play with the sounds using the Keyboard shortcuts. Next, startup web socket io hub to receive controls from Walabot and Amazon Echo.

Make sure you have set up the Python libraries environment and Amazon Voice Skills.

Hub will startup connected Walabot, and wait for clients to connect. You can start giving voice command from Alexa. 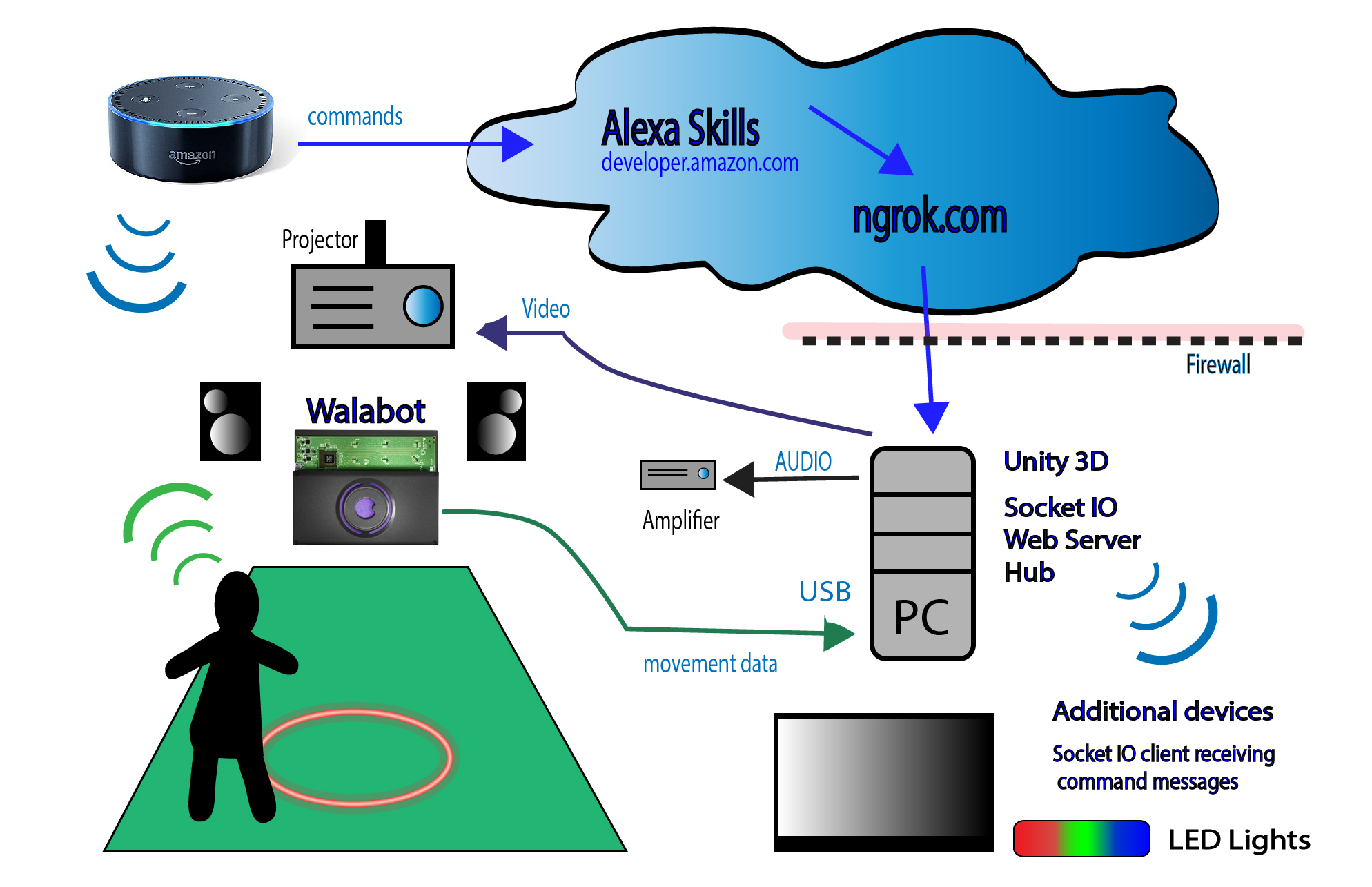