A temporary-yet-durable housing for the Walabot Pro for use during development.

A temporary-yet-durable housing for the Walabot Pro for use during development. 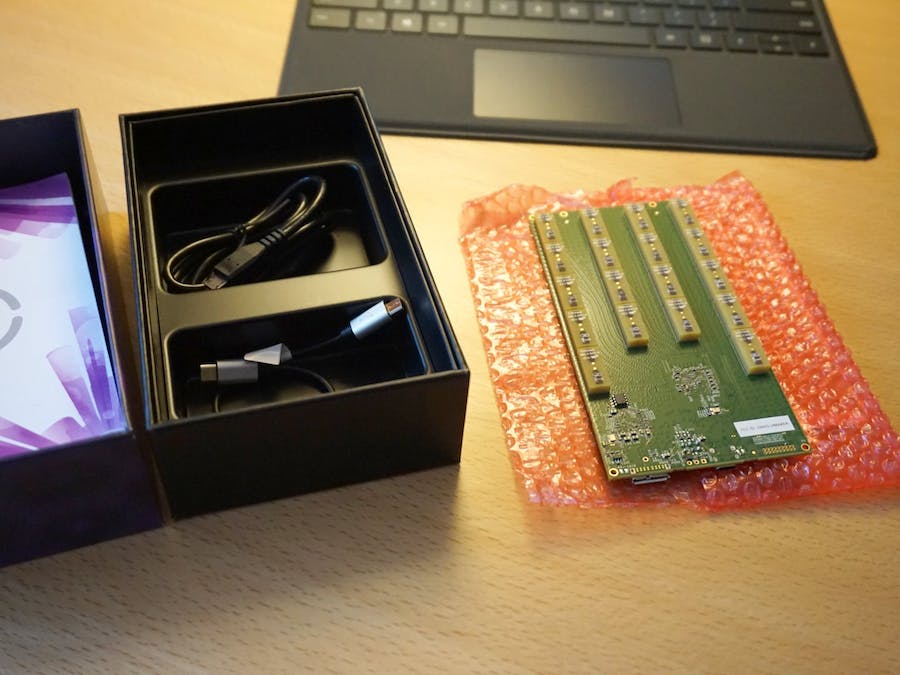 Walabot Pro next to its shipping box... plenty of material to work with.

I recently received a Walabot Pro as part of my participation in the Walabot - Power to the Makers contest here on Hackster. The kit I received didn't come with the plastic housing for the PCB that some of the other Walabot kits include, leaving the sensitive electronics out in the open. I decided to remedy this by creating a housing out of cardboard to protect the board while I evaluate it's abilities prior to writing my own software. What follows is a small photo gallery that should give a small glimpse into how I built mine, should anyone wish to build one of their own.

The smaller sides of the box almost perfectly match the Walabot's width.
Hot-glue, scissors, and guesstimation at work.
I ended up putting a few too-short layers on top of the board in order to clear the jumper with the final top piece.
The finished product, detecting my hand underneath the desk.

The end result doesn't look particularly pretty, but it is definitely sturdy enough to be thrown into my bag without any worries. I'll probably build a higher-quality housing using layers similar to a stand I made in the past, but for now it'll do. Time to get programming!

15 projects • 32 followers
A bit too obsessed with tech and design for his own good.
ContactContact