Is the cat alive, dead, or neither, and only the act of observation makes it so?

Is the cat alive, dead, or neither, and only the act of observation makes it so? 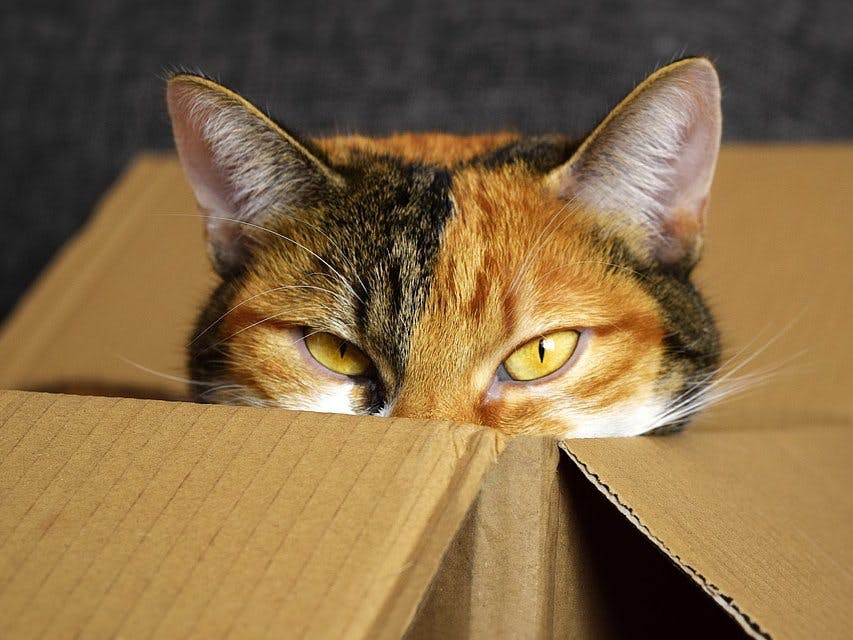 The Walabot is a cool device that uses radio waves to see through walls. In this lesson, we'll do what previously couldn't be done. We will use the Walabot to detect whether or not Shrodinger's cat is dead!

In the process, we'll also take you through getting your Walabot set up. The Walabot SDK doesn't run on Mac, and I am not normally a Windows user. I'll probably over explain things since a lot of this is new for me as well, so bear with me if it's a bit slow.

There are two types of Walabot:

The Walabot API makes it simple for you to create your own apps for Walabot. The API exists in both Python, C++, C#, Javascript and C.

The cheapest version of the Walabot, this Walabot is capable of seeing up to four inches through cement, drywall and wood. It's meant for construction workers and people who need an easy way to see through walls. It's basically a high tech stud finder. There's even an android app - you can connect your phone to your Walabot with a provided USB OTG cable and easily check scan your walls with this handheld device!

For this tutorial we'll be using the new Walabot Creator, with 15 antennas. It doesn't support short range imaging, but it can do everything else.

You can grab it from here.

You don't need to plug the Walabot into a 2.0 USB hub. 3.0 will work fine. The new Walabot Creator has a single microUSB port. Plug your cable in there. Place the side of your Walabot If your Walabot has a case, place the flat side (the one without the logo) face up.

I had to restart the SDK once before it recognized my Walabot.

On the right side of the screen, you'll see a red dot. This means that the Walabot has detected an object and is now tracking it. If you hold your hand steady, you should see the red dot settle at the approximate distance that your hand is from the Walabot, in my case, 0.33m.

Change "# Targets" to 2. Try placing two hands in front of your Walabot and holding them steady. You should now see two red dots, indicating that your walabot is tracking two objects. (the Walabot Creator takes a while to pick up the locations of both dots.)

We can set the arena parameters to control what the Walabot sees.

Change the "R value" to change how far you want your Walabot to look. It's default value is from 10 centimeters to 100 centimeters, but it can go as far as 1000 cm. Change the max R value to 1100cm. Make sure nothing is in front of the Walabot and click "Apply & Calibrate." When you extend the range, you'll see the scale in the X/Y window on the right adjust.

Change the "Theta," which is the width. Click "Apply & Calibrate." Try changing this to 5. You'll see the lines on the X/Y window become more flat as the arena narrows.

Change the "Phi." which is the lengthwise width. Click "Apply & Calibrate."

Change the "threshold." This sets the resolution of the target. The lower the threshold, the better the Walabot's ability to detect weak targets. If you set it to 100, the walabot will only see very large targets.

Click the "Moving Target Indicator." This will only pick up moving targets, and won't pick up static objects in the room. This is one of the dynamic image filtering algorithms, or "filters", currently available in the Walabot API. The other is the dynamic filter that can detect breath.

Put the code together

On Windows, if you don't have Python installed, download the latest version of either Python 2 or 3. Run the installer and select "custom install."

Leave everything checked. This will install pip along with Python. Check "install for all users" so that it will be installed in Program Files, rather than AppData (installing it here will cause problems later on.) Check "Add to environmental variables." This will allow you to access python and pip from the command line.

Install the Walabot API for Python

This is downloaded with the SDK. It needs to be installed before it can be used. Run cmd as administrator. Enter this command:

Change to the version number of the Walabot API you've installed, in this case WalabotAPI-1.1.6. The Walabot API should now be available on your computer here:

Include the API headers in your project

Here are instructions for how to include the API in your project. Make sure the headers are included in your code as well.

Our Alexa app will be using Flask-ask. Flask-ask is a Python module that makes it easy to develop Alexa Skills. There's a great tutorial for it here that I followed when making this app.

I had a lot of trouble installing flask-ask. I kept getting the error "Cannot open include file: 'openssl/opensslv.h': No such file or directory." Flask-ask requires a cryptography module in order to do https, and for some reason it wasn't installing on its own. Here's how I fixed it:

I ended up having to uninstall flask-ask (run CMD as administrator):

and reinstall version 0.9.1, since it was giving me an error "TypeError: Can't compile non template nodes jinja."

Tinydb lets us make a json database for our app. We'll use the database to store different values (0, 1, and 2) according to whether the cat is present and moving. We'll then query tinydb each time we ask Alexa how Schrodinger's cat is doing.

You can just install this from the binary.

ngrok exposes a local server behind a NAT or firewall to the internet. This lets us test our skill without deploying it.

Set up your Alexa App

I started by planning what I would want to ask Alexa, and what I wanted her to respond.

Questions you can ask Alexa:

Go to https://developer.amazon.com/edw/home.html#/skill/create/ to start creating your skill.

Below are screenshots of the setup process:

Note that if you move to a different WIFI or change ports, you'll have to re-run ngrok and paste the values into your default endpoint again.

If your Walabot is on and sensing, you should get a result that says that the Walabot was configured and calibrated and is ready. It should then start telling you whether or not there is a cat in the box and if it's alive or dead.

If your Walabot isn't working correctly, you may get the following errors:

If your Walabot starts up and calibrates, you're ready to run the server.

You should see the server start up.

Run schrodingerscat.py to get data. If your walabot is working correctly, you should see it updating with new data.

If you shut it down in the previous step, you'll have to run "ngrok http 5000" again and re-paste the new https value into Amazon.

Now that your server is running, you can test your utterances by typing them on the "Test" page, or by saying them to https://echosim.io/. You'll get a JSON response that tells you whether or not your app worked.

Note that if your edit your app, you'll have to shut down the server process and re-run "python main.py" in order for the changes to go into effect.

If your Walabot isn't working or you don't have one on hand, you can test your Alexa app by adding fake data to the database:

In the Schrodinger's Cat folder:

If successful, it will give the response "23"

Try again and make sure you're running cmd as administrator.

1 project • 432 followers
I don't live on a boat anymore.
ContactContact