This project is creating an intelligent switch connecting people's sleep to the switchers button of any type of intelligence devices.

This project is creating an intelligent switch connecting people's sleep to the switchers button of any type of intelligence devices. 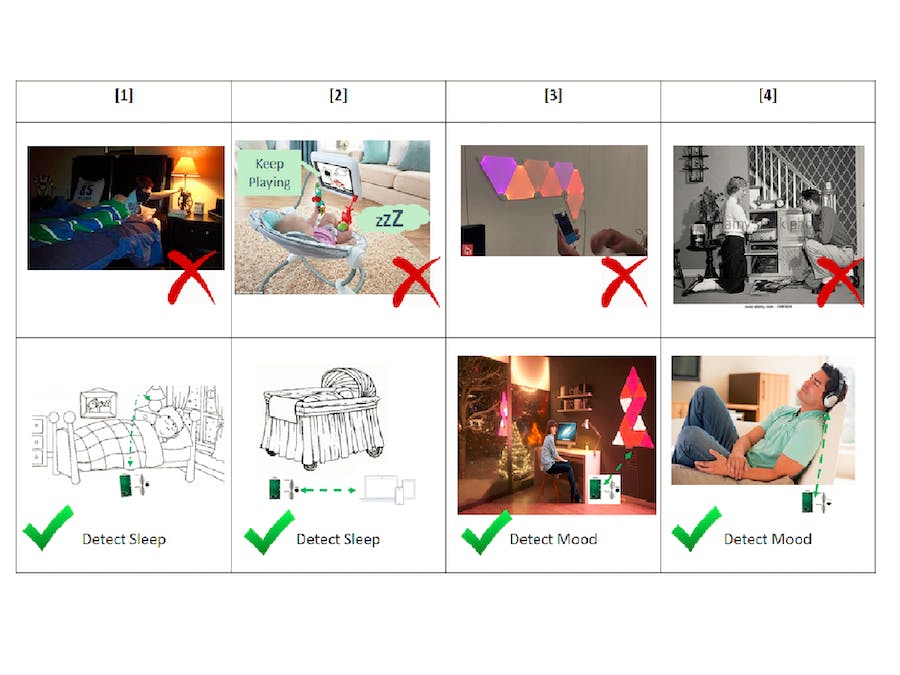 Forgive me @Walabot team for my long delay for documentation, guilty!!......:(

Now I am trying to pickup and recover my memory and update documentation as much as possible.

This project is creating an intelligent switch connecting people's sleep to the switchers/power button of any type of intelligence devices, by Walabot heart rate tracking API.

1. Today I use app to play bedtime stories for my baby. But you never know when she really fall into sleep so that I could switch the app off, to save energy and avoid wake her up. The current solution is constantly checking her by eye but this is laboring and sometimes she is not really fall into deep sleep.

2. I believe I am not the only one and it has been so many times I watching TV or listening music to sleep and wasted electricity bill, or reading in the warm bed in the night until I feel so sleepy to switch off the light.

The problems raised in above stories could be solved by one simple solution by monitor people's sleep by Walabot heart rate monitoring API and link it to the switchers of App, light or whatsoever intelligence devices.

The first stage of this project would be focused on realize above mentioned functions, mainly connecting sleeping to bed light [1] and story app [2]. The switching condition could be either fixed set threshold of heart rate or personalized through machine learning. The monitor (Walabot) could be mount simply below beds/cots to ensure stable signal. In the future later stage possibilities could include but not limited to 1) link peoples mood (detected by machine learning heart rate variation) to light [3] and 2) intelligent DJ or even live auto composer [4].

It will offer not only the lazy people like myself a lazier life but the world an environmental efficient solution.

"Punk Those Trick-or-Treaters with a 3D Radar Booby Trap" at https://makezine.com/projects/punk-those-trick-or-treaters-with-a-3d-radar-booby-trap/

Step 3: Configure the Pi to work with Walabot.

Step 4: Connect the Walabot to the Pi.

Step 6: Wiring Up the Lamp, Relay Connectors and Raspberry Pi

Note for test and safety, it is STRONGLY recommended to use LED instead of Lamp and use battery instead of Power Socket.

1 project • 2 followers
Hi, I am currently a Research Associate on the subject of Computational Geoscience. I take developing as hobbies since end of 2016.
ContactContact